High Fidelity offers the ability to play with a general purpose deck of cards.

Starting or Joining a Game

To get started, open the menu in High Fidelity, and select "Play Cards". 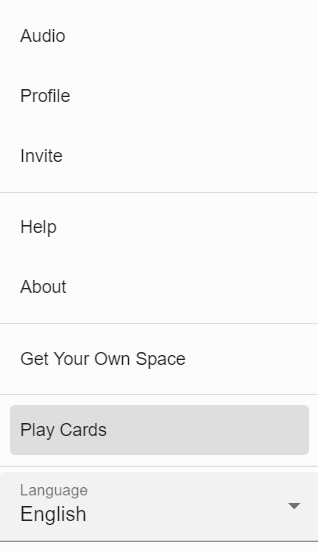 A menu will appear titled "Card Games". The button to "Start New Game" will bring a deck of cards to your space. If others are in the space and hosting their own games, the menu will show you a list of current games to join above the "Start a new game" button. You can only join one game at a time. 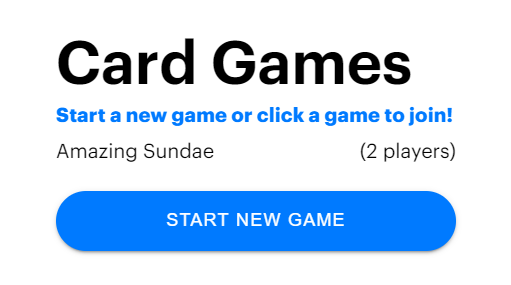 If you select "Start New Game", you will see the deck under your avatar. You can move away to see it. 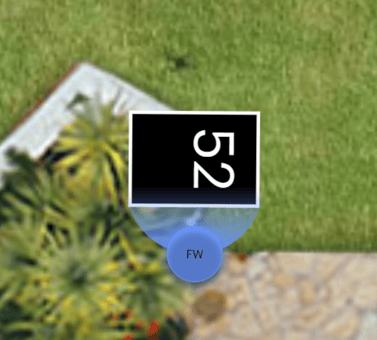 Drawing, Picking, and Flipping a Card

Anyone in the same game can draw a card. The number on the deck will lower until there's no more cards left to draw.

To draw and pick a card, follow the steps here: 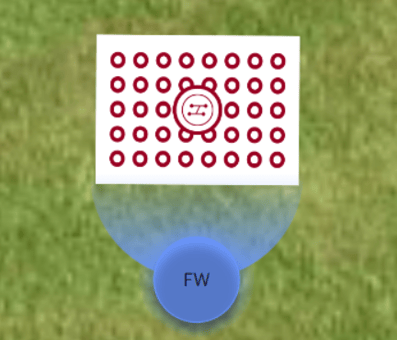 Here is a list of tips to remember about moving and claiming cards.

Open the menu in High Fidelity, and select "Play Cards. The options you will see are "Shuffle Deck" and "Leave Game"  If you are hosting a game and others are playing, the game will continue and someone else will become the host.

If you or someone else leaves the game with claimed cards, any cards they own should remain on the table but should become 'unclaimed' again. 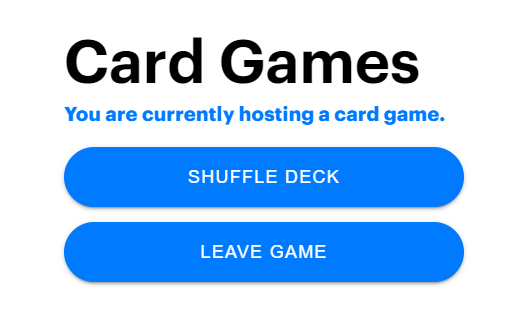