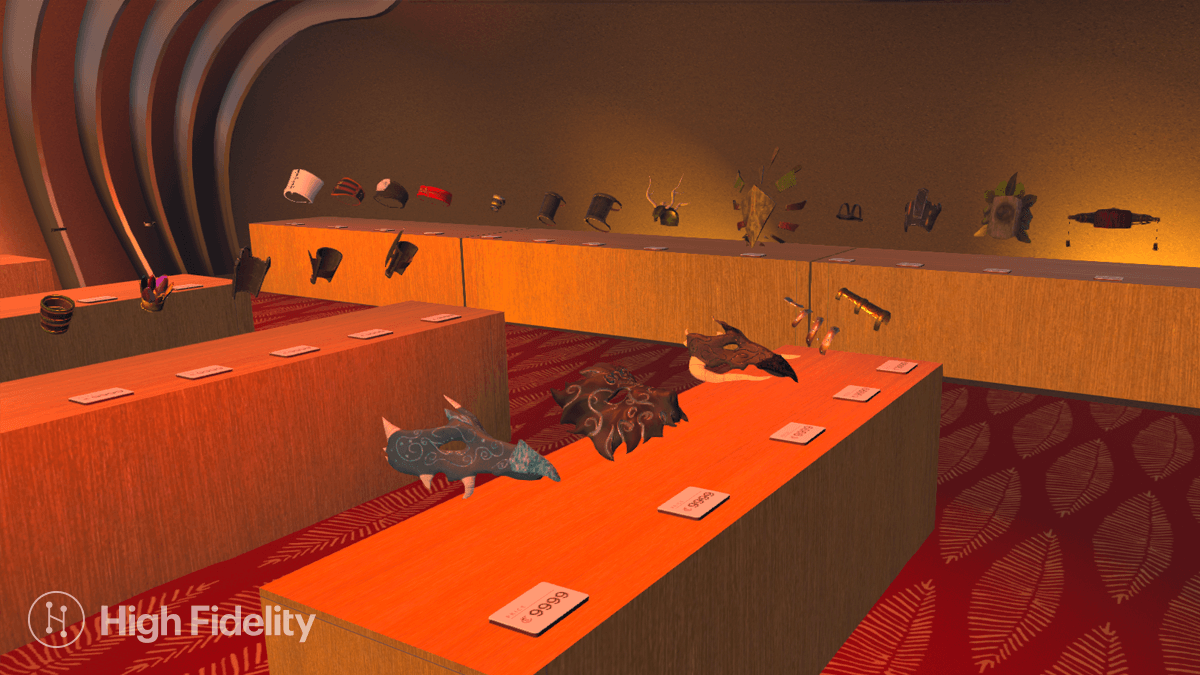 Avatar Island: Our First Steps to a Distributed Digital Economy

Today, we are launching Avatar Island, a virtual reality domain where High Fidelity users can purchase more than 300 items for their avatars, all contributed by digital artists from around the world.

The launch of Avatar Island is a major step toward building a thriving virtual economy in High Fidelity. It’s also a major milestone for virtual worlds more generally: The DAR is the very first blockchain used for virtual world commerce, one that could even become a bridge to the real world.

Avatar Island is the first example of the Proof of Provenance services we’re building on the DAR. In its simplest form, Proof of Provenance (PoP) documents an asset’s chain of ownership, its characteristics, and its entire history, from certification onward. It’s a form of proof no one can alter, delete, or deny.

These qualities allow PoP to do much more than track ownership; the PoP can can also be used to authenticate the characteristics (i.e., metadata) of digital assets in a High Fidelity domain, allowing domain owners to regulate the objects allowed into their virtual spaces. For example, the owner of a Steampunk-themed space might limit items to theme-appropriate clothing and accessories purchased from approved vendors, or provided for free by the owner herself.

In the future, item ownership recorded on the DAR could also be used to translate purchases between the virtual and real worlds. Imagine buying a pair of shoes for your avatar and receiving an unfalsifiable coupon for the same pair of shoes in a real store. The distributed, trusted nature of a blockchain solution makes this possible.

Perhaps best of all, an asset’s PoP exists on the blockchain independent of High Fidelity. An asset’s chain of ownership — its sale and resale — lies entirely in the hands of the object’s owner.

That’s just the beginning. The DAR is an important part of High Fidelity’s commitment to a decentralized future for virtual reality and the digital world. Over time, it will expand to provide a variety of digital proof services, such as identity control, as outlined in recent posts by our CEO, Philip Rosedale. In the future, other digital services may even use the DAR to record independently verifiable transactions on their own platforms.

For those new to High Fidelity, you can download it for free right here. We hope to see you soon on Avatar Island and beyond!