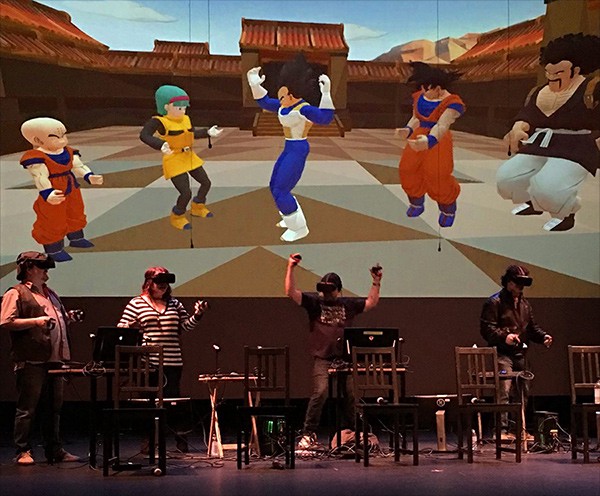 On January 20th, the US voice cast from the TV show Dragon Ball Z was in town supporting an event for SF Sketchfest.

High Fidelity had been asked previously by the team at UploadVR to help bring a VR dimension to the on-stage experience.

In addition to sharing stories from their time with the show, the cast (Chris Rager, Monica Rial, Christopher Sabat, Sean Schemmel, and Sonny Strait) also ventured into a new realm: High Fidelity provided VR equipment for the event along with avatars based on each cast member’s Dragon Ball Z character.

It seemed like the cast had fun, both in the live Q&A and while controlling their characters in VR. Because of the way Dragon Ball is created, this was the first time the show’s US stars were actually in control of their characters’ actions.

We had a great time helping with this, and from the technical side, the event represented a new application of High Fidelity VR. We confirmed that we were able to support this kind of event (deploying hardware for an onstage event is quite different than setting up HMDs for regular use) and learned a lot about audio requirements for live experiences. We’ll be exploring more live, IRL “avatar control” events in the future!