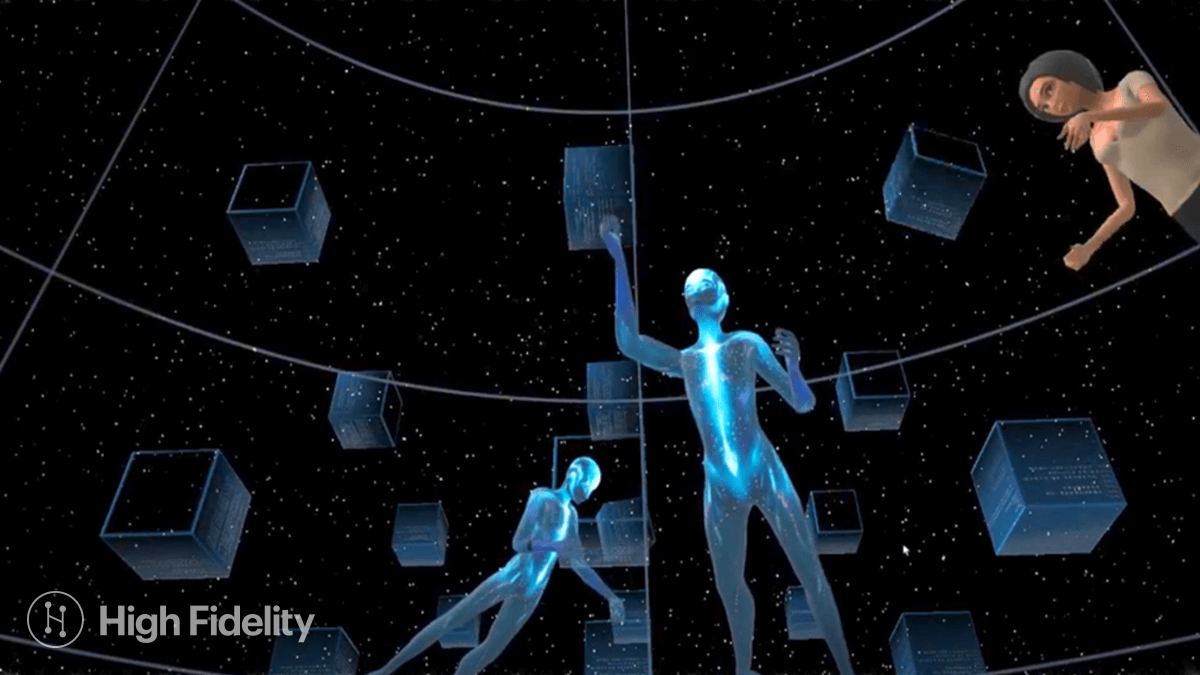 What better way to explore the possibilities of a new platform than with a good, old-fashioned Hackathon? That’s exactly the rhetorical question we were asking ourselves when we held our first High Fidelity hackathon right here in San Francisco this April. The event was attended by a diverse group of bright-minded folks, many who had never tried our platform before. Taking the bold move of jumping right into a new development environment, with a can-do spirit compelling them to learn as they go, participants created a wide array of projects from the ground up. To our delight, some of our most dedicated Alpha users flew across the world to participate–some coming from as far away as the Netherlands! I had the honor of participating as a judge for the final evaluations, and it was exciting (and slightly dizzying) to experience these projects and the fresh ideas behind them. Here are a few highlights.

Magic Spells took advantage of High Fidelity’s shared VR functionality with a multi-user spell-casting game focused on hand-controller movement. Upon immersion, I found myself adrift on a floating island of crystal and stone, with avatars of fellow judges, Philip Rosedale and Ryan Karpf, positioned on similar surfaces in the mystic void. The project made clever use of Vive controllers and hand-gestures to create shields, cast fireballs, and teleport, culminating into a high-paced Tolkien meets rock-scissors-paper experience. Aside from having a compelling and finished-feeling experience, excellent visuals and sound design helped Magic Spells take home the grand prize: an HTC Vive for each team member!

The team behind Pass the Mic took a classic social activity, karaoke, and added a dimension of mischief! While one player is trying to keep a straight face rapping Vanilla Ice’s 1980’s hit, Ice Ice Baby, other participants engage in subversive pranks to make the player flub or trip up their performance. It’s a fun twist on an already compelling experience. As an added bonus, not by design, it turns out the spell casting scripts from Magic Spells were still running, so we found ourselves with extra tools to cause havoc, like shooting fireballs and hiding the karaoke screen behind ice crystals.

Spectators watch along in 2D while the Alpha Team demonstrates Track Racers.

Created by a team of our most sparkling High Fidelity alpha users, Track Racers was a fun and colorful 3D racing game which demonstrated what could best be described as Wii-style shared VR! Although it was true to a Nintendo-style aesthetic, the real surprise was the project’s integration with Wii Fit Balance Boards! Each judge was placed upon the balance board, and upon immersion discovered they were standing atop a hoverboard-scooter type contraption, bobbing a few feet above a brightly lit, watery landscape. Kudos to Team Alpha for creating a fun experience and using a surprising input device.

Get out your spandex and rollerblades! Hack the Planet begins as a wry nod to classic 1990’s VR movies like Hackers, with immersants first appearing in an abandoned subway station with classic pay telephones. Picking up the phone connects to the mainframe and delivers the immersant to a glowing VR world with a matrix of 16 cubes floating in space. At this point, it’s a mad dash for each avatar/hacker to run, jump and fly about each box to find the one with the malicious hacker virus, before it’s too late, and save the metaverse from certain destruction. A very fun experience with thoughtful visual design and narrative frame!

The Game Hearts crew submitted an impressive nod to Koei Tecmo’s Attack on Titan, with a medieval fantasy village ravaged by mostly naked giants (in desperate need of orthodontics). Immersants work together using a grappling hook shot to sling themselves about the village, for a fast paced kinetic experience to defeat the giant. The hookshot alone was highly ambitious from a technical standpoint, executed with excellent scripting, on top of a compelling and detailed environment. The restaurant game mechanic, where a server is tasked with feeding hordes of hungry customers, was first popularized in the early 1980s with Bally-Midway’s Tapper. How cool it was to see the same game play mechanic surface in VR with Pizza Party, a shared VR experience set in a frantic pizzeria where immersants must work together to make the dough, apply toppings, customize and bake pizzas to stave off the hungry crowds. Best of all, the team incorporated the hand controllers: you get to throw the pizza, Frisbee-like, to your hungry customer! There’s plenty of potential here for creating a hilarious, fast-paced shared VR game.

Each immersant awakens inside a play area with three hungry-looking Steam Beasts: differently colored, cartoon creatures with wide open mouths. Nearby are three ping-pong gun type dispenser devices in matching colors which produce spheres of the creatures’ favorite chemical elements! When you’re a steam beast, the periodic table is your menu! Feed your beast pellets of molybdenum or other favored chemical element by matching its color to your Steam Beast’s skin. With the right nutrition, feeding helps it grow in scale and luminosity. If you’re a big jerk, you can stunt the growth of your opponents beasts with the wrong element. But that’s not sporting, is it? Naturally the player with the biggest Steam Beast wins. A unique submission to the hackathon was Part Time Alien, by artist Lus Ka. Unlike other submissions, which generally were constructed with game play elements, Part Time Alien was designed as more of a VR fine art installation. The artist created numerous 3D drawings right in VR, rich with gesture and personality, using Google’s Tilt Brush. Her vibrant, ribbon-like creations were then converted to FBX and placed in an ethereal High Fidelity space for all to see. Floating and flying through artwork with friends, and exploring it from different perspectives and depths, made for a unique art experience well-suited to shared VR.

There’s quite a few other notable participants in the Hackathon equally worth mentioning! VR Photo Viewer by Paul Mou, used High Fidelity’s Javascript API to query external data sources to fetch and display images hosted on Dropbox. The project Mechabots gives the immersant a charming little follower cyber-pet of their own to play with. Chernobyl 360 leveraged VR in a serious-games context to teach immersants about the tragic Chernobyl disaster. The team behind the OBE open-source, wearable gaming jacket contributed a project which simulates using ‘The Force’ to lift spacecraft, showing the best of their technology and how easy it was to integrate with High Fidelity.

Alpha superstar Thoys tries to take a well-needed late-night break, while Piper Peppercorn interferes from thousands of miles away via robotic telepresence, cloaked as a red panda. Numerous other community members who couldn’t make it to the Hackathon enjoyed driving the telepresence robot.

While it’s nigh impossible to create a complete, finished project in a couple of frantic days and nights, each team produced an original, working proof-of concept, the kernels of ideas that can grow into mature, compelling VR products. These projects demonstrated not only the participants’ ingenuity, but demonstrated how compelling openly created, shared VR experiences can be.

To our participants, I would like to extend my admiration and gratitude, not just for your hard work, but for sharing with us the opportunity to learn from your experience, so we may make High Fidelity an even better platform for shared VR experience.