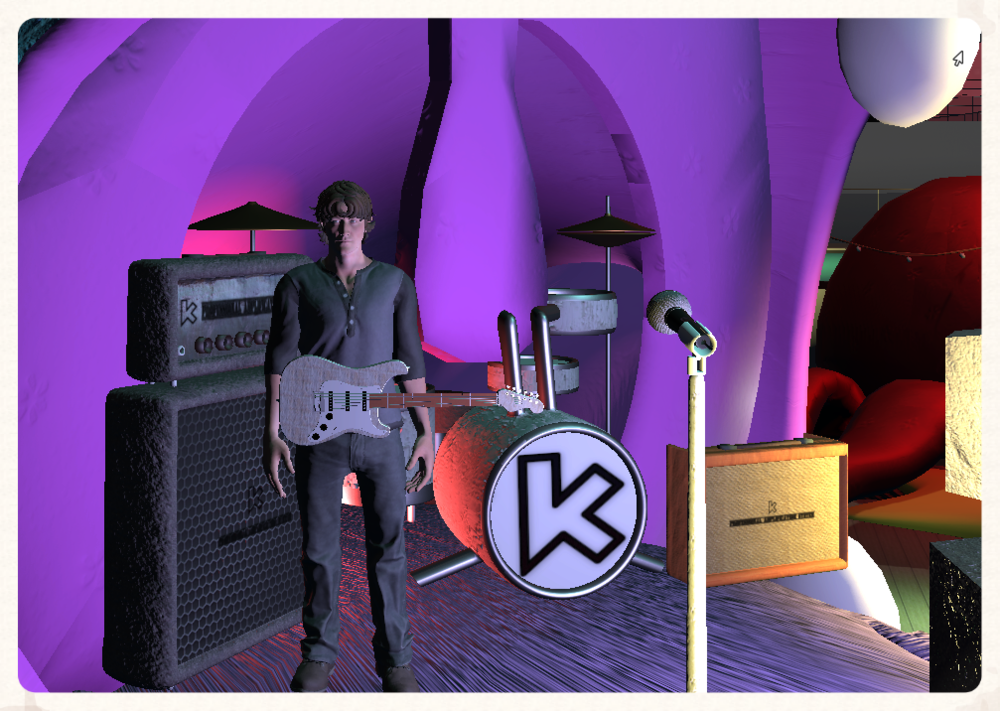 Gathering multiple folks in a shared social virtual world opens up a lot of unique activities. Enjoying a live performance together in VR is a particularly exciting experience, when you can interact with your cohorts, dance, shout and feel a real sense of presence. We’ve seen musicians, actors, comedians and storytellers engage large groups of people in other virtual years for over a decade, now. With our low-latency avatar and audio performance, as well as open, scriptable architecture, it would be fair to say that High Fidelity has a unique advantage as a platform for these kinds of events.

“We can have several musicians performing together at the same time no matter where they are in the world.”

I presented Kevin with a couple of interview questions about his process. 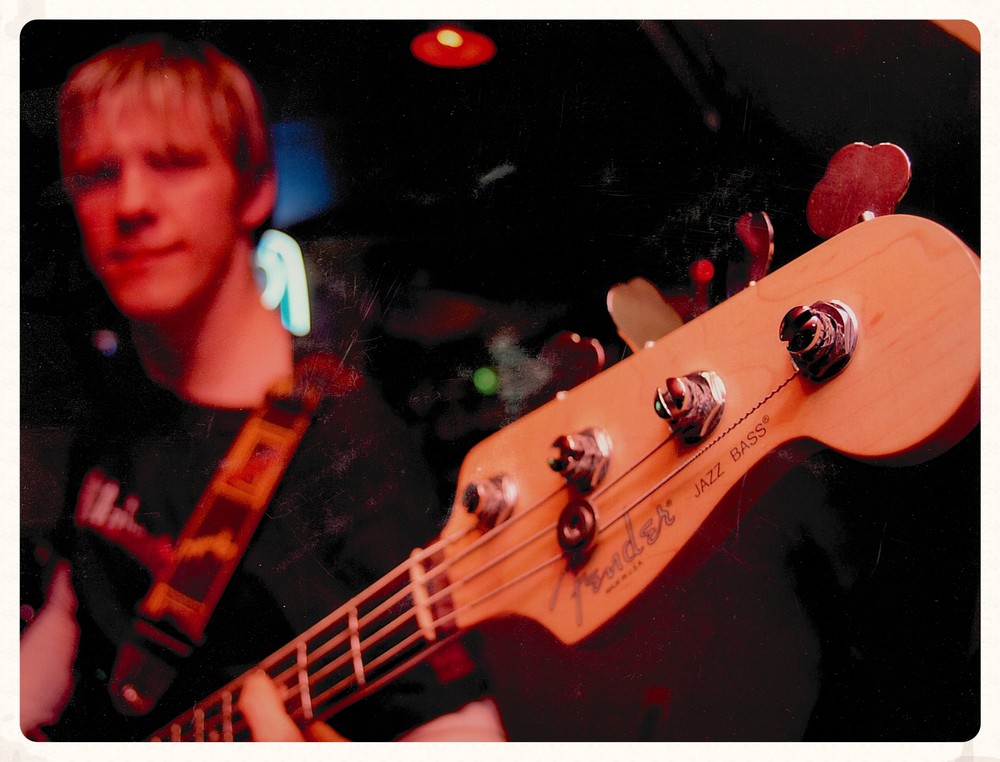 Kevin has performed in live venues through much of his career, and began performing in VR and virtual worlds since 2007.

What compels you to perform in VR?

What compels me to perform in VR is the fact that we are without borders of space and time. No longer are musicians bound by the physical bounds of a location to perform together. With streaming technology, we can have several musicians performing together at the same time no matter where they are in the world. This is a complex dynamic referred to as dual-triple-quad streaming to which the main musician performing can’t hear the musicians backing them. If there are two musicians, a main performer (singing and playing acoustic guitar) and a backing musician (playing a cajon), the backing musician hears the performing musician in real-time and then broadcasts out that mixed stream to the audience who also hears the performance in real-time based on the last person in the backing chain. This evolution and technology changes the world as musicians of every shape and size can perform real-time with anyone no matter where they are in the world! In this performance on June 10th we will all be in the same space located in Cleveland, Ohio, however we normally are worlds-apart performing in real time.

Tell us about your experience and some of the special challenges artists face in VR performance.

I have been performing in Virtual Worlds since 2007. I am a real-life performer and still do some limited engagements however in 2007 one of my fans who was very active in the early days of Second Life introduced me to it. I had an analog mixer which I plugged into my Windows computer, downloaded Second Life and have literally been performing daily in Second Life since 2007. Performing in VR requires incredible energy as a performer as you do not normally get the fan feedback as you would in real life, however the payoff is greater as you can build a much larger fan base in VR as no one is limited by where they live to attend a show. I have the largest musician group in Second Life at over 7,000 fans. This would be challenging to accomplish in real life without constantly going from city-to-city and dealing with a tight budget.

I think the challenge unique to VR performance is understanding how to communicate with your audience real-time. The advantage of VR performing is the audience is significantly more vested in the performance as they can interact with the performer in real-time. In real life, a musician would not hear the words or text of a fan as they have no way other than screaming to get information to a performer which would interrupt the experience.

Will folks outside of High Fidelity be able to watch the event?

We will be streaming utilizing a streaming service. We will be using a video streaming service called Concert Window to which the audio mixing board will feed directly to that. As a backup we have a Shoutcast stream ready in the case of any interruptions. The audience will be able to see two independent web cam feeds of the musicians performing at the Cleveland Jam space.

Can you tell us a bit about the performance space?

The HiFi performance space was built primarily by Judas who is a resident Blender content creator (who also taught me Blender modeling) and has one of the most creative minds in VR when it comes to creating an interactive scene. Judas has created the entire scene excluding the cruise ship which is provided by AlphaVersionD and the musical instruments which I created. The event will take place on AlphaVersionD’s Open domain (hifi://open) to which will have a custom interactive text chat element and video/audio streaming options for the performance.

What do you think the future holds for live performance in VR and High Fidelity’s role in general?

The future of performing continues to evolve to the VR space. In real life, when you step outside of major metropolitan areas, live music is dying a slow death. There are many reasons for this however I will say that VR live music is at its infancy. Over the next decade, there will be thousands of new performers and hundreds of thousands of potential fans. There are no boundaries for VR performing, no matter where you live in the world, you can actively participate by yourself or with the accompaniment of several musicians in real-time to an audience which has no bounds. There is nothing more exciting to look forward to than this as a content creator of entertainment as this model will extrapolate to other areas as well.

High Fidelity offers the next generation of open-source technology so that anyone can customize the engine without having to buy or rent simulation space within the environment. High Fidelity does not charge for such and allows a domain owner to host the space on their own computer or by utilizing cloud computing to which the domain owner is in complete control of their advancement without the ties to a single all-powerful provider. This open-source framework will change the world in literally every way as there are no limitations or commercial boundaries or obstacles to prevent anyone from achieving the world!

Kevin’s HiFi jam will take place this Friday, June 10, 15:30 PDT at the domain Open, located at hifi://open. To get there, you will need to run the High Fidelity client, which you can download here. See you at the jam!