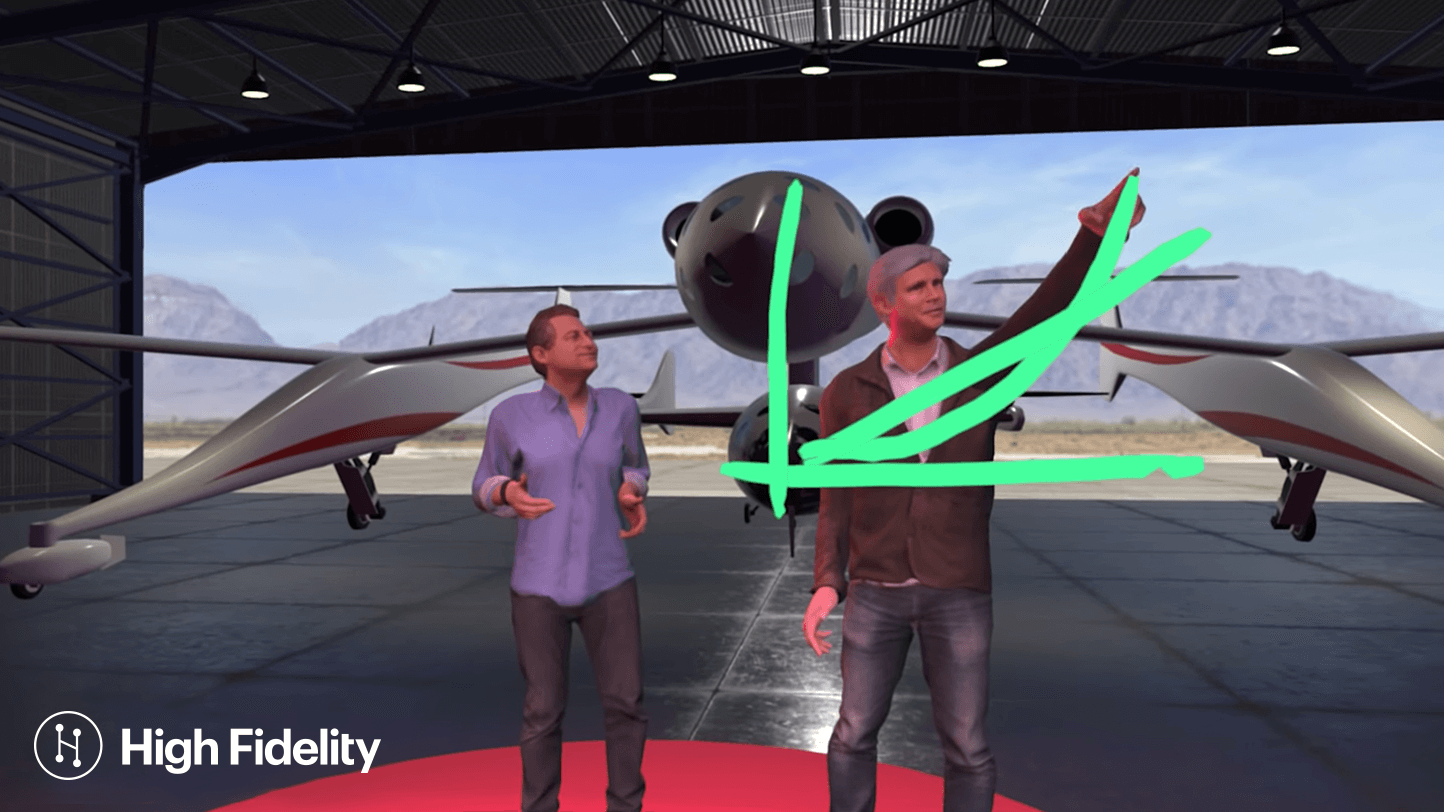 High Fidelity
By Philip Rosedale
We’re happy to announce today that we have raised $35M in a new round of investment led by Galaxy Digital, with additional participation from Blockchain Capital, as well as our existing investors. This round brings the total investment in High Fidelity to more than $70M and will enable us to substantially increase R&D and Hiring. Could we be a match for you?

At High Fidelity we are building an open source, infinitely scalable VR platform to allow a billion people all over the world to be anywhere with anyone, right now. The feeling of being face-to-face with someone halfway around the world, or taking a guided tour of an Egyptian tomb, or standing in a group at a concert is something you have to experience to understand. It is an ambitious project with a number of ground-breaking technologies including ultra low-latency communication systems, a ground-up cross-platform engine for physics and graphics, and a public blockchain for storing currency and property. We believe that VR can be used to make the world a better and safer place, and that the first mass-market applications will be things like education, virtual travel, and live entertainment.

If you’re interested in helping to use VR to change the world, we are the first company you should consider, and the time is now. We have a large number of open positions in design, software development, QA, program management, marketing, and several other areas. We are 60 people today, and plan to double our staff in the coming year. We are building a diverse, distributed team to match the global community that will be using High Fidelity, with physical offices in San Francisco and Seattle. And if you read that jobs page and don’t see yourself but feel passionate about our work, we’d love to hear from you.

Our ongoing development work to build the best platform for VR has a number of challenging and fascinating projects and areas:

Low-latency 3D Audio — We can process and deliver high fidelity audio to hundreds of people able to hear each other, as well as music and sound effects with no perceptible latency.

Massive Scale — Supporting hundreds of people together on a single server, and a distributed architecture to get to thousands and beyond, as well as an approach allowing infinitely large virtual spaces.

Blockchain — High Fidelity uses public blockchains for currency, digital asset registration, identity, and more. We have built and are growing a leading team in blockchain implementations and expertise.

Community Management — With a mission to enable anyone, anywhere worldwide to come together for any purpose, we must solve fascinating challenges around identity, governance, reputation, diversity, and culture.

Thank You, and Onward!

Thank you so much to the pioneering early users and developers, our visionary investors, and the High Fidelity teammates that have worked so hard over these first five years to get us to where we are right now. We have the opportunity to create a new kind of place for humanity together, let’s do it.