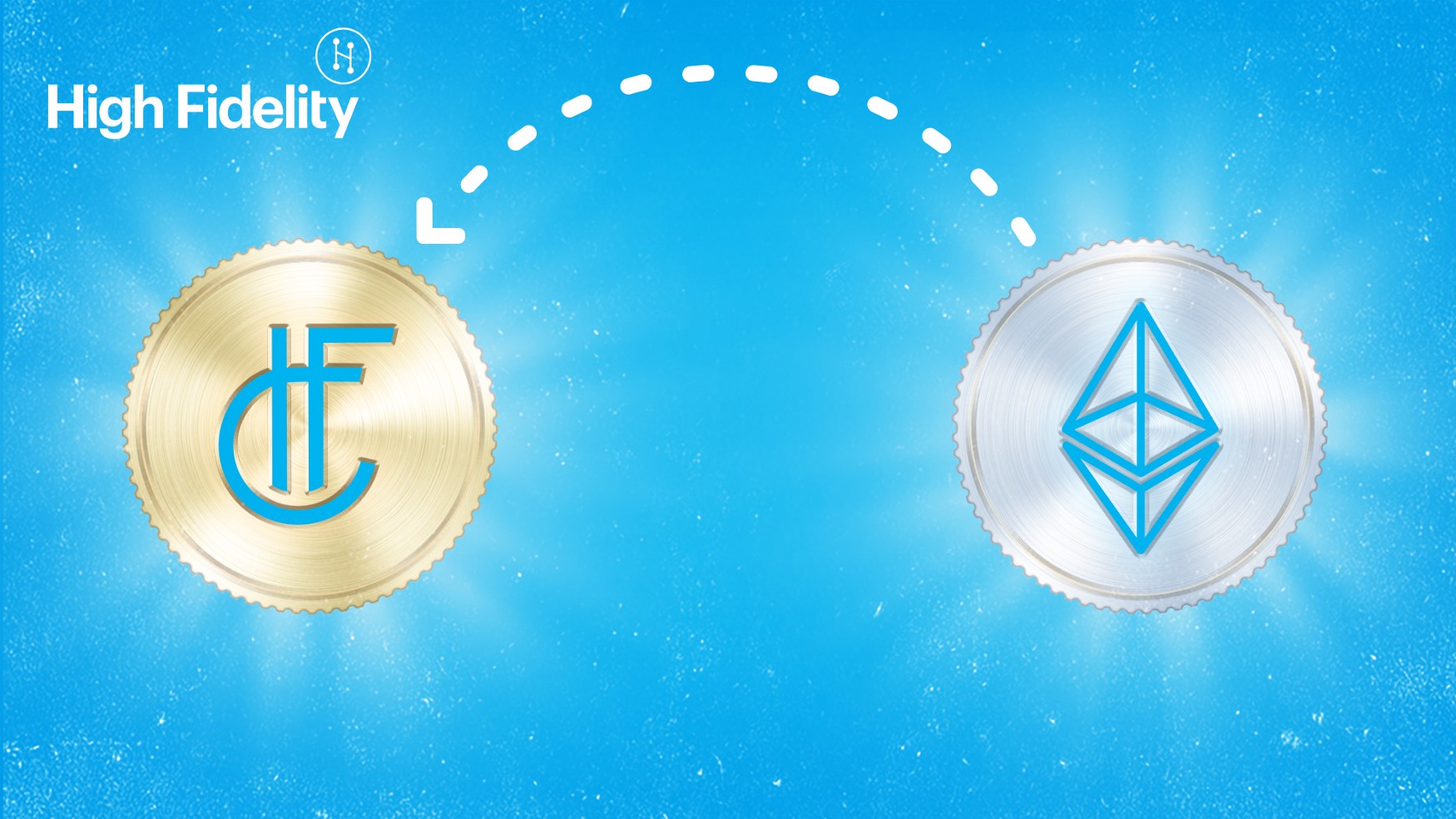 We are currently testing the trade of High Fidelity Coin (HFC) and Ethereum (ETH).

Initially, we will allow users to purchase HFC using ETH. We will conduct trades of HFC in fixed amounts equivalent to $25 or $50 (HFC 2,500 or 5,000). Since HFC is a stablecoin pegged to the US Dollar, while Ethereum varies against the Dollar, the exchange rate between HFC and ETH will fluctuate.

We are currently allowing creators and performers that have earned in-world currency to sell their HFC for payment directly for USD. These trades are handled in-person with High Fidelity staff. As we enter the New Year (2019), we will begin offering automated tools to support selling HFC for ETH.

As we’re still learning about trades for ETH, we’ll begin by scheduling in-person (in-world) trades for users buying HFC with ETH. A High Fidelity banker will specify an Ethereum wallet to deposit your ETH to pay for the trade. You’ll receive HFC from the bank on the successful completion of your trade.

Over time, we see this being our primary method for purchasing and selling HFC. It’s convenient, global, well-governed and broadly adopted. In future, we may enable trades to other cryptocurrencies or tokens, either directly or through third-party exchanges. We also hope that HFC will be used by other VR platforms or applications, making the transfer to Ethereum even more useful.

So come along to the Bank of High Fidelity and let’s take this next step in blockchain trading.

Who can trade HFC and ETH?

All High Fidelity users will be able to buy and sell their HFC for ETH. An ETH wallet will be required.

What is the HFC to ETH exchange rate?

Why is HFC a stablecoin?

Speculation in High Fidelity Coin as a cryptocurrency would be counter to our goal of creating a thriving economy in High Fidelity. If the real world value of HFC changed unexpectedly for non-economic reasons, the potential rewards for creators and those working in High Fidelity would become unpredictable, discouraging users to hold and trade with the currency. We want people to know they can cash out their HFC at any time for a fixed real-world value.

Can we still trade directly for US Dollars?

Right now, yes. Our goal is to always have an easy way for creators to retrieve the money they’ve earned. We’re working now to expand the options to make it easy for creators to be paid. Online payment and similar services will be a part of our business as we grow. As we get bigger, however, we’re going to have to ensure that we’re using these services as intended and abiding by their ToS.

Will you start trading HFC for Bitcoin?

In future, we may enable HFC trading for other cryptocurrencies, including Bitcoin.

Why aren’t you just using ETH in the first place?

High Fidelity has developed its own cryptocurrency, HFC, since traditional blockchain currencies are not suitable for a virtual world environment. Specifically, ETH is more of an asset class than a stable trading currency. Its value varies over time, making it difficult for traders to use the currency in fair exchange for goods. Additionally, HFC trades more quickly and without built-in transaction fees. Currencies that rely on a proof of work method to generate and confirm blocks (e.g. Bitcoin) currently require too much time to be used as a real-time transactional currency.